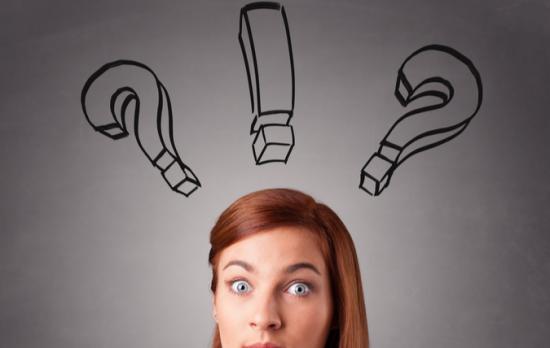 There is no such thing as a dumb question. That is a quote we all grew up with to encourage young minds to think, question, and expand. Then there is the counteracting go-to quote used by adults to stymie freethinking; “You know what happens when you assume don’t you?” And you probably just heard the answer reverberate in your head. It’s a knee-jerk reaction. And it can be dangerous to a person’s development and psyche.

Logic teaches us at a very young age that “IF THIS” and “THIS” then “ASSUMPTION.” It’s the sign of a brain that is figuring something out. It is a brain searching for a logical conclusion given a specific set of parameters. Most would agree that asking the dumb question or coming to a logical assumption isn't overtly bad.

However, in the courtroom, assumptions lead to haphazard reporting.

The pursuit of clarity and truth has lead to many hilarious questions asked in very serious cases. The following are 5 of the funniest quotes ever [allegedly] recorded by court reporters into official court transcripts.

“WAS THAT THE SAME NOSE YOU BROKE AS A CHILD?”

If you’re a court reporter striking at your stenotype, you just might find yourself recording the most seemingly asinine utterances into official court transcripts. There is almost nothing funnier than legal professionals entertaining the seemingly absurd in the most serious way possible. How a court reporter refrains from exploding into laughter and distracting from the proceeding is an exhibition of pure professionalism.

What are some possible explanations for these seemingly dumb question? It is easy to take statements out of context and skew the emphasis or omit a pause that will take a perfectly logical question into the realm of the ridiculous, but some statements are inexcusable.

In the world of court reporting, it just might be sacrilege to place blame on the court reporter. Is that what they really said, or did you mishear them? It is always possible that in a large room, with quick overlapping dialog and soft spoken witnesses that a phrase or word is melded into one (i.e. 4 or 5, might become 45) and create a possible logical absurdity.

This underscores the importance of hiring the right certified court reporter to do the job. Finding a court reporter with enough experience and confidence to know when to skillfully interrupt for clarity or to implement a clean and obvious notation system within the official court transcript to remind or communicate to others that something requires a second look.

“CAN YOU GIVE US AN EXAMPLE OF SOMETHING THAT YOU'VE FORGOTTEN?"

Why is it our first reaction to persecute the lawyer or witness and assume the worst? Quickly jumping to the conclusion that a dumb question has actually been asked besmirching the official court transcript prevents us from understanding exactly what they had in mind.

In a legal proceeding, the council does not have the luxury of coming to a logical assumption of what a witness is inferring. Asking the dumb question just might provide that extra level of clarity to ensure that everyone is on the same page and that everyone understands exactly what the individual is talking about

If the witness does not actually say the words, then within the court transcript, it is almost like it never happened. That might be a bit hyperbolic, but it is a responsibility of the lawyer to get the witness to clearly state facts and speak directly. So, at the risk of sounding hilarious and ending up in a joke book, the lawyer sacrifices a little dignity for clarity within the record. Do some questions need not be asked?

"YOU WERE THERE UNTIL THE TIME YOU LEFT, IS THAT TRUE?"

Is it better to say it than not? Maintaining an accurate record is the priority of every court reporter. It is paramount above all else. Of course, there are video depositions and video recordings of court proceedings, but the written word is essential to record what was said in the legal proceeding.

With this in mind, it is always better to speak than not to speak. It is better to describe something that is purely visual than to let it go undocumented. In an attempt at getting every minute detail permanently recorded into court transcripts, it is possible to get those “silly” questions recorded.

Sometimes you need to ask a stupid question to get someone thinking the way you want them to think. That can sometimes come out like the one mentioned above. Obviously! Leading a witness down the right path is crucial to getting them on the right train of thought for your line of questioning.

Additionally, if I’m the lawyer in a case or deposition, I want to get as much detail and information permanently documented in the witness’ own words. If that means that sometimes a misleading or silly question is asked, so be it. Thus, out of context quotes may fuel some of these seemingly dumb questions.

Laziness and inattention such as inadvertently using shorthand to recap information, or in the moment temporarily forgetting a detail - such as an exact time of day -  a witness provided earlier in a testimony could account for some.

"WERE YOU ALONE OR BY YOURSELF?"

A more sinister explanation for some of the funniest things ever recorded in official court transcripts is a lawyer who is trying to trap a witness into admitting to something on the official record.

A lawyer who asks a dumb question might be attempting to slip an admission of guilt or contradiction to an original claim in a way that could go unnoticed by the witness. Heads I win. Tails you lose.

Since these are out of context quotes, we can laugh at it as if it’s a really poorly constructed question. Looking at it through the lens of a lawyer trying to manipulate a certain response, we get a different picture. Now, we would have to label some of these as attempts because it is hard to find a scenario in which a question like, “Were you alone or by yourself?” goes unnoticed.

"SO WHEN HE WOKE UP THE NEXT MORNING HE WAS DEAD?"

Finally, there is always the good old fashioned misspoken word. Supplanting he for you obviously changes a question’s entire message. Imagine having everything you say in a given day transcribed verbatim. How many half thoughts, ill-formed sentence fragments, and logical absurdities will escape from your mouth?

It is so easy to assume a dumb question comes from a dumb person. However, our own experience proves to us that a dumb question can come from a fast thinker, quick speaker, or the misunderstanding of a word or subject.

Whether silly or illogical, it is still the job of the consummate court reporter to keep a full and accurate record - whilst keeping a straight face.