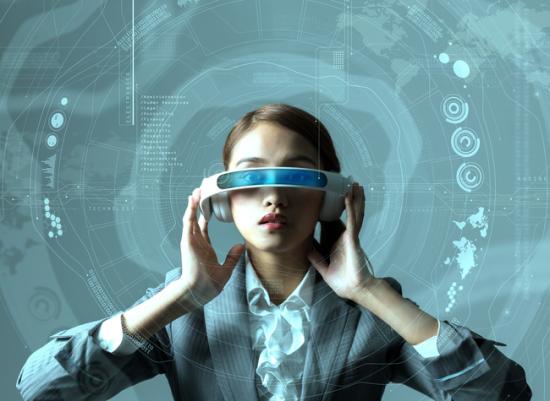 Drones, self-driving cars, Watson the Jeopardy-playing computer, and the digitization of everyday life. Does this mean what I think it means? We are finally in the future! Technology is awesome in the true sense of the word and it’s only becoming more impressive with every packet and bit of information shared. With the epicenter of technological advancement rooted right here, what does the influence of Silicon Valley mean for California Court Reporters?

To understand what California court reporters and daily life will morph into over the next 100 years, jump back to 1917. Puff on that old-timey pipe and imagine the advances a court reporter and the legal system as a whole has enjoyed just in the last 20 years let alone a hundred.

The court reporter and her stenotype have changed little in concept and function, but the technologies behind today’s iterations are light years ahead of 1917. Metal cogs, levers, and gears have been replaced by lightweight composite materials electronically linked to software and the digital universe.

Going paperless and storing information on removable storage or in the cloud was once inconceivable - as in impossible to conceive. The infrastructure wasn’t there to begin imagining these advances.

The television has opened a new industry to which California court reporters can apply there transcribing skills doing Live Captioning for television programs with Communication Access Real-Time Translation (CART) technology to assist the hearing impaired from a home-based office. Just the idea of having a home-based Stenography business would have been laughable 100 years ago.

The proliferation of High Definition digital videography into every deposition utilizes a technology that only became usable on a mass scale over the last 10 years. Not to mention the technology we take for granted in live streaming that high definition video deposition across the country or even across the world for viewers to watch from handheld devices that can fit into a pants pocket.

With more efficient technologies pouring out of California, court reporters are evolving into light-speed typing stenographers breaking 300 and 350+ words per minute. Speculating about the future is a difficult prospect. Advances in computer electronics and digital communications will change all industries many times over.

The Digitization Of Life Means Everything And Everyone Is Available From Anywhere.

Using the present as an indicator of the next 100 years, it is safe to say that court proceedings and depositions will go global, if not interplanetary. Court reporters and legal staff do not need to be in the same room, nor the same country to effectively do their job. The deponent can have an attorney in a different state while being questioned by a lawyer in another country all being transcribed by California court reporters.

The law will inevitably have to change to catch up to the convenience telecommunication technologies will bring to legal proceedings. But, as individuals of the world go digital so will the entire legal system.

Will Court Reporting Be Taken Over By Software?

With voice-activated technology sitting on bedsides and hitching rides on your person without a thought, it’s a relatively close reality that a court reporter over the next 100 years just might become a piece of voice to text software.

Even the leading voice-to-text software developers acknowledge the inherent issues in trying to transcribe the complex dynamics existing in courtrooms and depositions, but the discerning ear and judgment of a human are not far from being replicated.

Artificial Intelligence Will Lead The Way

An AI software developed by UCL created to predict our tastes in films, television, and music was repurposed to predict the outcome of trials. The AI successfully arrived at the same verdict delivered by the court 79% of the time. That’s a piece of learning software that can pass judgments on cases.

Embracing a self-learning AI as a courtroom judge is not likely to happen anytime soon, but using AI to distinguish between individuals speaking and producing accurate transcriptions in real-time just might not be too far off. A California court reporter in 100 years might very well be an Artificial Intelligent software.

How Will Technology Change Court Reporting In 100 Years?

The future of court reporters and the overall world 100 years from now is honestly inconceivable to us right now. As new tech inserts itself into our daily lives, so will change each and every profession. We are already shifting from old world work models, and new technologies right now are only going to become commonplace in the future.

The amazing question is what will be discovered or invented that we just can’t possibly have a mind to understand today? How will this change court reporting and the legal system, and moreover the world?