What Steps Do You Take Against Lost Transcripts And Data?

What Steps Do You Take Against Lost Transcripts And Data? 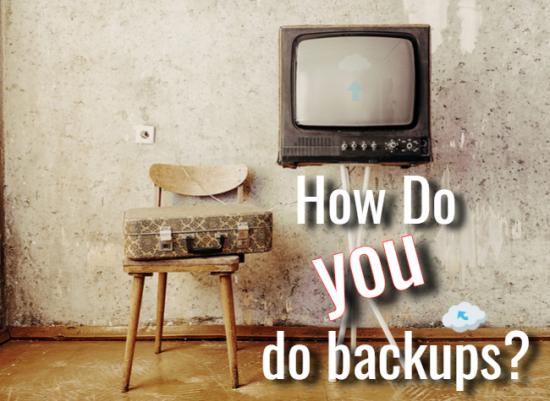 "Two is one and one is none" is a common expression among navy seals. You might have heard of this in terms of camping, backpacking, or survival. This is meant to emphasize the need to have a backup for anything critical in order compensate for when things break, get lost, and malfunction. But, this isn’t about gear and having multiple computers or stenotypes - although that might not be the worst idea.

I recently came across this story:

In January [2017], a court reporter filed an affidavit stating that she could not provide a transcript of the part of the selection process where attorneys struck jurors in Criminal District Court Judge Benedict Willard’s chambers because her computer “crashed.” - As reported in The New Orleans Advocate. This resulted in a conviction being thrown out.

This brings me to the main question...

What steps do you take against lost transcripts and data?

With cloud-based storage services available by the dozens and for only a few dollars a month, having an automated cloud storage solution is a no-brainer. With many of these services like Carbonite, DropBox, and Box you can easily set it and forget it. Schedule your backups to occur automatically and daily to be sure you’re protected - because the backup system only works when you use it. Luckily it’s easy to automate the process when utilizing cloud-based solutions.

The benefit to a cloud solution is redundancy because one is none, remember? These tech companies create backups of backups of backups, and so on to ensure no client’s data is ever lost. They maintain hard drives and keep the equipment working properly so you don’t have to worry about it.

Don’t Want To Pay For Cloud Storage? Keep It In-House

For those of you who would prefer to set your regularly scheduled backup to store to a hard drive instead of uploading to the cloud, how do you ensure against hardware failure and acts of god?

Keeping your information under your own roof might sound like a more “secure” way of safeguarding your sensitive court records and documents, but it can become a second job - or at least an involved hobby. Operating under the principal a backup isn’t a backup without redundancy a lot goes into keeping up to date backups.

Hard drives fail. If you are familiar with the hard drive click of death sound then you are probably quite intimate with this fact. Backing up information to a hard drive isn’t foolproof. Hard drives require you to use them and “spin them up” in order to keep them in good health. That’s why for longer-term archival solutions it’s recommended to use solid state media: solid-state drives, CDs, or blu ray.

Equipment malfunctioning isn’t the only issue you’ll have to contend with. Having an offsite backup is critical to ensuring you are safeguarded against unforeseeable incidents such as natural disasters or freak accidents.

Multimedia companies have this down pat. They back up all of their data to hard drives for quick access, Blu-ray discs for longterm storage, and raw data to tape. Yes tape. And they archive it. To go one step further, many have offsite storage in case of fire, floods, and other force majeure.

When your livelihood is heavily dependent upon computers, which is becoming the case across all industries, it is imperative to protect yourself and your work from unexpected glitches. Although the digital age makes it easier to wipe the entirety of your life’s work from your hard-drive, it also makes safeguarding all of that work easy and accessible at an instant.

Whether you take the more analog approach to backing up your data and keep it offline or go fully automated with cloud-based backup solutions for your critical court documents - or use a combination of the two, all that’s important is that it is getting done. A backup is only as good as how often it is utilized. Safeguard that which is important to you. Two is one and one is none.